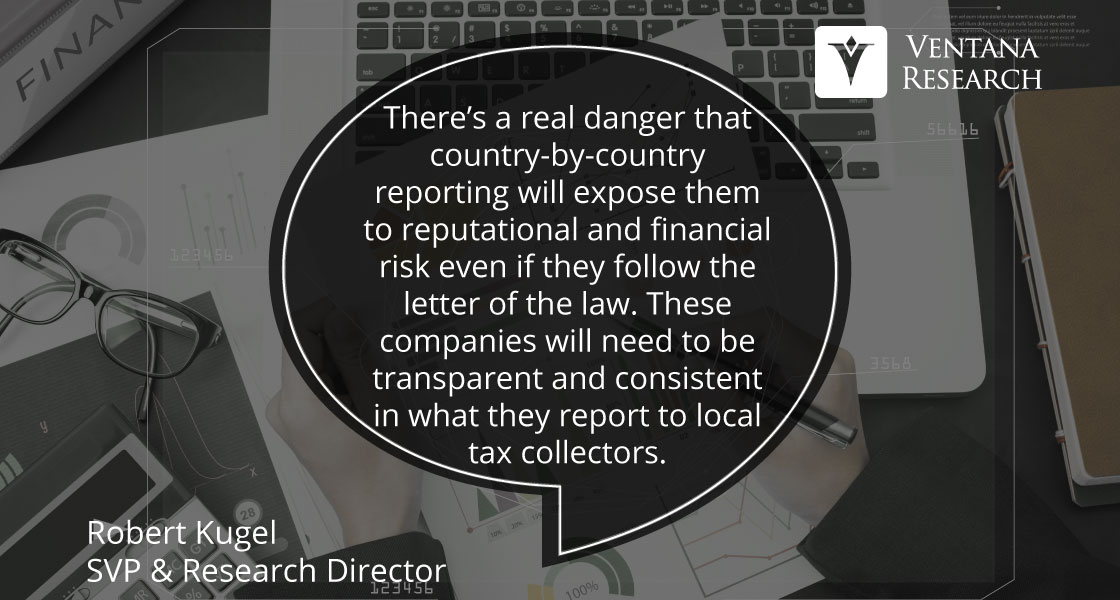 In 2013, the Organization for Economic Cooperation and Development (OECD) published a report titled “Action Plan on Base Erosion and Profit Shifting” (commonly referred to as “BEPS”), which describes the challenges national governments face in enforcing taxation in an increasingly global environment with a growing share of digital commerce. Country-by-country (CbC) Reporting has developed in response to the concerns raised in the report. To date, 65 countries (including all members of the European Union but not the United States) are signatories of the multilateral competent authority agreement establishing CbC reporting.