The blockchain distributed database was invented to create the peer-to-peer digital cash called bitcoin in 2008. Although the future potential of bitcoin and other cryptocurrencies has been debated, the distributed ledger structure using a blockchain database that supports bitcoin is likely to be adopted for a range of commercial and governmental purposes. Distributed ledgers are a secure and transparent way to digitally track the ownership of assets while enabling faster transaction speeds and reducing potential for fraud. How quickly companies, governments and individuals start using distributed ledgers and for what specific purposes remain to be seen, but their use will be independent of cryptocurrencies’ fortunes. Expansion in the use of distributed ledgers will depend heavily on the success of the initial applications and whether there are major hiccups in their use. 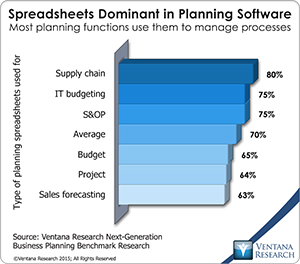 I recently wrote about the challenge some companies will face in planning and budgeting when new revenue recognition rules go into effect in most countries in 2018. It’s important for companies that will be affected to be sure they have the appropriate systems, processes and training to handle the more difficult demands imposed by the new rules. With the change in accounting, the time lag between when a contract is signed and when a company recognizes revenue from it may be more variable and less predictable than in the past. In extreme cases, performance measured by financial accounting will diverge materially from the “real” economic performance of the organization. Consequently, executives – especially those leading publicly listed companies – will need the ability to look at their plans from both perspectives and be able to distinguish between the two in assessing their company’s performance. In companies where the timing of revenue recognition can diverge substantially from current methods, financial planning and analysis (FP&A) groups will need to be able plan using models that incorporate financial and managerial accounting methods in parallel. They will need to be able to identify actual-to-plan variances caused by differences in contract values booked in a period and differences between the expected and actual timing of revenue recognized from contracts signed in a period. 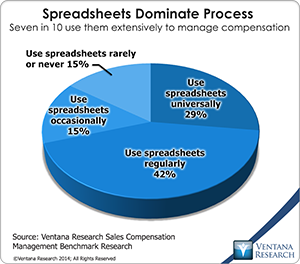 New standards governing accounting for contracts will go into effect for most companies in 2018. The Financial Accounting Standards Board (FASB), which administers Generally Accepted Accounting Principles in the U.S. (US-GAAP), has issued ASC 606, and the International Accounting Standards Board (IASB), which administers International Financial Reporting Standards (IFRS) used in most other countries, has issued IFRS 15. The two are very similar, and both will enforce fundamental changes in this area of accounting. Under the new approach to accounting for contracts, revenue (and some corresponding expense) is recognized only when customers are satisfied. In contrast, until now revenue was recognized when internally measurable events occurred, such as on delivery to the customer, the completion of milestones or the passage of time. In addition to dealing with an impact on accounting and planning, which I have discussed, companies may need to examine how the rules will affect how they account for commissions and other contract acquisition expenses. 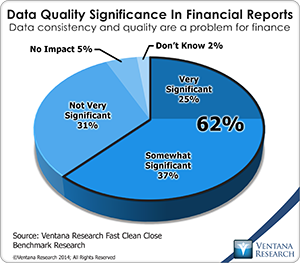 Workiva offers Wdesk, a cloud-based productivity application for handling composite documents. I use the term “composite document” to refer to those in which text is created and edited collaboratively by multiple contributors and which incorporates tabular and numerical data from multiple sources in a controlled process. Composite documents often have formats defined by law, regulation or contract and must be created at periodic intervals. To comply with the requirement by the United States Securities and Exchange Commission (SEC) that companies “tag” their financial filings using eXtensible Business Reporting Language (XBRL), many companies acquired software to automate the creation and tagging of these composite documents.