Infor recently held its annual Inforum user group meeting, along with a series of sessions with analysts. The $2 billion business software company has products in the major categories of ERP (including enterprise financial management), human capital management, customer relationship management and performance management among others. 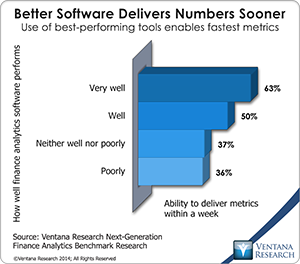 One was the company’s focus on microverticals – that is, providing software that meets the needs of 10 specific types of business (for example, fashion, aerospace and defense, distribution and food and beverage). This focus on microverticals is an important part of the company’s strategy for differentiating its software from that of other vendors, even those that also have vertical industry applications with a broad offerings; Infor aims to make it faster and less expensive for companies in the microverticals to deploy its software.

The second was theme architecture. Infor’s ION  middleware facilitates the integration of Infor’s and third-party applications, potentially lowering the cost for companies to implement and maintain a suite of business software. Its Business Vault serves as a central data repository of transactional and other data from multiple systems to enable immediate reporting and analysis from them. It enables integration of financial and operational data to use, for example, in business planning and performance management. Our benchmark research on finance analytics shows that companies whose software facilitates the use of analytics are able to obtain performance metrics sooner than those with less capable systems.

Third, Infor executives emphasized attention to making the business user experience more productive by (to paraphrase the speakers) “throwing off the tyranny of the superuser.” Toward this end, rather than presenting screens that offer every conceivable option, Infor attempts to simplify interactions by drawing on decades of experience in how work is actually performed. It utilizes the capabilities of today’s IT systems and an evolved palette of man/machine interactions to simplify training and speed process execution without sacrificing comprehensiveness; infrequently used commands and functions are hidden until they are needed.

In addition, to improve productivity Infor continues to refine Infor Ming.le, its social collaboration platform, which offers contextual interactions. In some of its applications, Infor is adding rewards, a component of what is generally called gamification, which I have written about. One example would be using it in purchasing to encourage policy compliance, such as choosing preferred vendors. By bringing a modern look to its applications – in many respects superior to its competitors’ designs – Infor also is attempting to deflect a perception sown by its competitors that Infor offers an amalgamation of old technology.

All three of these themes support the company’s cloud applications strategy. This year’s Inforum provided further evidence that Infor is at the end of its beginning, as I have put it. I mean it has completed the first stage of transforming a collection of discrete companies and applications into a coherent whole. From my point of view, Infor’s major challenge now is to accelerate its revenue growth, which increased just 6 percent in the quarter ending in July, even as its software license sales were up 22 percent. That is, the impact of rapid gains in new software license sales was diluted by the much slower growth in maintenance revenues, which were up just 2 percent. To increase revenue faster, Infor wants its existing customers to move from their on-premises deployments to its software-as-a-service (SaaS) offerings. The company insists that it can deliver substantial savings to customers by lowering their total cost of ownership (including hardware and the costs of operating and maintaining the application) and improving performance (often, these systems are running on older servers and may not have been optimally configured) while charging a subscription fee that can double the current maintenance charge. It’s no coincidence that the three main themes of Inforum are essential to make migrating to the cloud an attractive option for customers and a profitable one for Infor.

It is likely that even modest success in migrating its installed base would have a major impact. If Infor can convert 4 percent of its existing customers to SaaS each year, its annual revenue growth could increase to around 10 percent. Companies that operate their systems in Infor’s cloud would also find it easier to add more Infor applications (such as a performance management suite), further boosting subscription revenue growth. If Infor is able to demonstrate sales growth in low double digits, it would be able to go public and replace relatively expensive debt with equity. This, in turn, would substantially increase its net income and cash flow, enabling it to increase spending on sales and marketing to acquire new customers to further accelerate growth. Although converting a small fraction of its on-premises customers to a cloud deployment each year may not seem especially ambitious, it’s still too early to assess the feasibility of that happening.

One important factor in determining Infor’s near-term success is will be how well it executes its microvertical strategy. As I’ve noted many types of business find that cloud-based ERP systems do not meet their precise needs because of peculiarities inherent in their specific business. Infor’s success in migrating users to its SaaS offerings will be linked to how well it expands the capabilities and configurability of the software to meet the needs of these businesses.

To attract new customers and to provide its existing customers with a cloud alternative, Infor announced three offerings at Inforum. CloudSuite Financials brings together core financial management, consolidation and closing (including reconciliation management), treasury and cash management as well as “business intelligence,” which in this case means the ability to create reports and dashboards from the data stored in the system without having to purchase additional applications. CloudSuite Business comprises financials, human resources, supply chain management, project management, sales force automation and customer relationship management. These integrated suites of functionality can significantly reduce the time and cost required to implement a system. As names Financials and Business sound generic, but they incorporate the requirements of the targeted microverticals. For instance, CloudSuite Healthcare is designed for hospitals and other health delivery organizations. It comprises financial management, supply chain management, enterprise asset management, enterprise performance management, expense management, business intelligence and analytics tailored to the needs of this microvertical. Each of the suites incorporates Infor’s redefined user experience. Because the suites all run on its ION middleware, adding capabilities such as performance management is designed to be straightforward and well suited to operating in a multitenant environment. 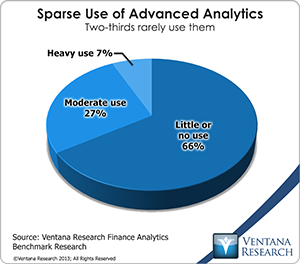 At the conference, Infor executives reported early success with converting healthcare and government customers to its CloudSuite offerings. Our research shows that these types of organizations have far less mature information technology environments than most other kinds, so it makes sense that their business managers and executives would be eager to offload the management and support of their business applications to a third party for total cost and performance reasons.

A new development featured at the conference was Infor’s investment in creating more advanced analytics applications in its Dynamic Science Labs program. The idea is to build more easily consumed analytic applications tailored to the needs of the installed base of microverticals and business users that lack backgrounds in statistics or data science. Our research finds that two-thirds of companies make little or no use of advanced analytics and that a lack of training and data availability and inadequate software are among the reasons why. One of Infor’s pilot efforts is a price optimization application specifically aimed at distributors (one of the  microvertical targets). Pricing software is a well-established category, as I have discussed, but applications in this category must be business-specific because of differences in the products sold, the information available to buyers and sellers, personal preferences and company cultures. For example, the requirements of travel and hospitality companies are different from those of retailers, and both are different from financial services. The factors driving value to customers, the availability of pricing information to sellers and buyers, time sensitivity and the determinants of buyer behavior patterns are just four of the considerations that determine the structure of the application and construction of the analytics that support users. It also matters that set prices are a feature of western cultures while negotiation is more the norm elsewhere. Our recent finance research shows that outside of specific verticals (such as hospitality and retail) price and profit optimization software has achieved limited adoption. From discussions we’ve had in the past several years, there are a range of reasons why companies have been reluctant to adopt price optimization software, including skepticism that the approach works, a lack of awareness of available software, ambiguity over who “owns” pricing in an organization and the related difficulty of implementing any change management initiative.

Infor has come a long way in its transformation. Yet there’s still 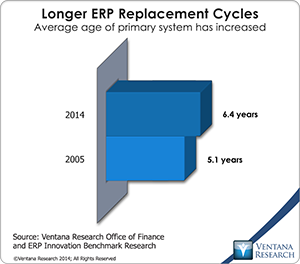 much more to accomplish in executing its strategy, especially in migrating existing customers to its multitenant SaaS offering. Building out its microverticals will be harder than it sounds. Adding new customers is also essential, but the market for its on-premises and cloud offerings is highly competitive, and Infor needs to build brand recognition. In addition the replacement cycle for ERP systems has been getting longer. Our research finds that the average age has increased one year in the past decade. Companies are reluctant to replace their systems because of the expense, risk and disruption. Until there is a long list of successes, most are likely to be reluctant to migrate an existing ERP system to the cloud.

The measure of the success of Infor’s strategy and execution will be its ability to accelerate revenues over the next six quarters. Although the company is closely held, its financial statements are public. Infor is quite profitable when amortization of acquisition-related costs and intangibles as well as restructuring costs are excluded. I expect that achieving low double-digit revenue growth would enable the company to issue equity at a valuation attractive to its owners and in sufficient quantity to retire all or most of its debt. Being private has been advantageous because software companies in transition usually are shunned by public investors, but having its shares publicly traded now would enhance brand recognition, and eliminating interest expense would enable Infor to step up its sales and marketing efforts.

Ventana Research is the most authoritative and respected market research and advisory services firm focused on both business and technology. Since our beginning, our goal has been to provide insight and expert guidance on mainstream and disruptive technologies. In short, we want to help you become smarter and find the most relevant technology for your organization.